How to Be a Beneficial Species

By Patrick Dooling 9 months ago2 Comments 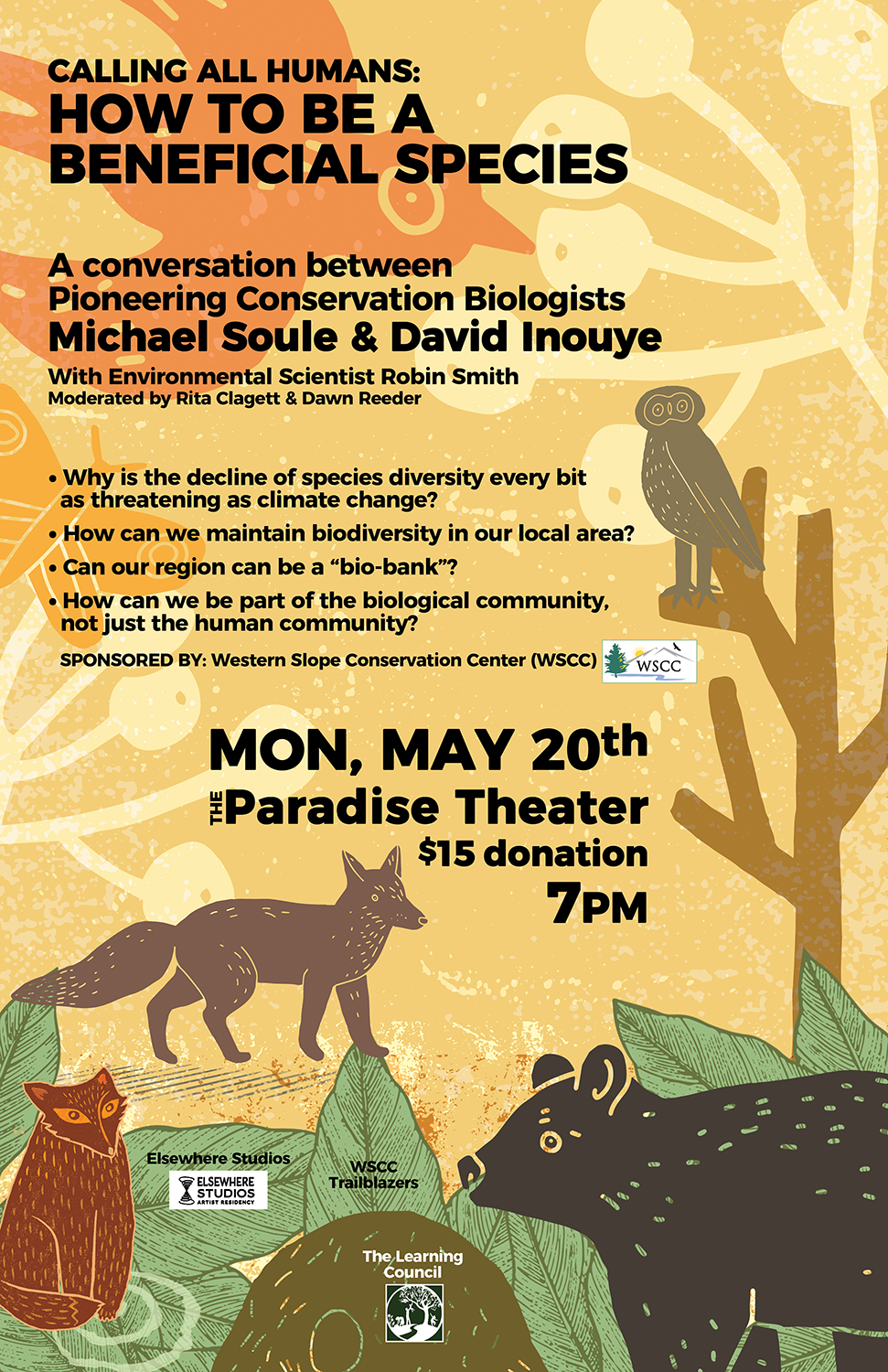 How to Be a Beneficial Species: A Conversation Between Pioneering Conservation Biologists David Inouye and Michael Soule

We all know the threats climate change poses to the world. But did you know there is another looming crisis every bit as threatening as climate change? The decline of species diversity.  From genes to ecosystems, biodiversity is key to the health of not just the natural world, but the human community as well. However, according to a new assessment by the United Nations, humans are accelerating extinctions and altering the natural world at an unprecedented pace. The full report, which is due out in the coming months, details factors that could lead to the extinction of 1 million species of plants and animals. But, the report states it’s not too late; it will require transformative change locally and globally (read more from the New York Times and Science Daily). Luckily, our community is home to several pioneers in conservation biology with unique insights into species extinctions, and what humans can do to arrest the decline in biodiversity.

Join WSCC for an in-depth discussion of how humans can act locally and globally to be a beneficial species for the natural world. We are excited to host pioneering conservation biologists David Inouye and Michael Soule for a discussion on how we can act now to preserve species diversity. They’ll be joined by acclaimed environmental scientist Robin Smith for an in-depth discussion on the threats of extinction and what we as humans can do to combat this looming crisis.

Celebrate Our Watershed at the 19th Annual River Festival!