Vote No on Amendment 74 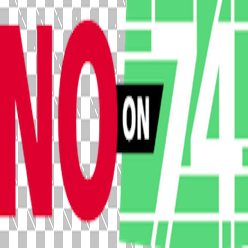 On November 6, 2018, Colorado voters will decide on a number of ballot initiatives that could have big consequences for our state. Among the ballot measures is a constitutional amendment that, if passed, could prove costly for Colorado taxpayers and local governments.

Amendment 74 will ask the following question on your November ballot: “Shall there be an amendment to the Colorado constitution requiring the government to award just compensation to owners of private property when a government law or regulation reduces the fair market value of the property?” As a constitutional amendment, 74 will require a 55 percent “yes” vote to pass.

“A Wolf in Sheep’s Clothing”

Under the amendment, a landowner whose property is “reduced in fair market value by law or regulation” would be entitled to “just compensation” from government. What does that mean? Republican Mayor of Colorado Springs stated “I like to refer to it as a wolf in sheep’s clothing. Property rights always sound great. But this is a disaster for the taxpayers of state and local governments.” If passed, this amendment will make it easier for property owners, oil & gas companies, developers, etc. to sue state and local governments over laws or regulations they believe have reduced their property values, leaving Colorado taxpayers to foot the bill.

Here’s an example from our friends at Conservation Colorado:  “If an oil and gas company wanted to drill near a hospital, school, or nursing home but was blocked by zoning laws, the company could sue the government for preventing them from making a profit. If this happened, the government would have to either pay the company or waive the zoning law. In most situations, city, county, and state governments would not be able to afford the payoff, so they would be forced to allow the company to drill wherever it wanted.”

This has happened before, with disastrous results. Oregon passed a similar measure, which resulted in nearly $20 billion in claims in just the first three years. These costly claims threatened funding for local schools, roads, and public safety. Oregonians ultimately repealed the law.

Amendment 74 is opposed by a broad, bi-partisan coalition including at least 120+ elected officials and 90+ organizations in Colorado. The Town of Paonia recently voted in opposition to the Amendment. Among the other opponents is Gunnison County Commissioner John Messner. According to Commissioner Messner , “Amendment 74 is an ill conceived and deceptive measure that would amend our state’s constitution forever….This amendment threatens funding for local schools, roads, and public safety and will end up costing taxpayers in the State of Colorado billions of dollars.” Other opponents include Club 20, Rocky Mountain Farmers Union, and the Colorado Municipal League.

A few Op-Eds regarding Amendment 74:

Who are the main proponents of Amendment 74? The ballot initiative is sponsored by the Farm Bureau and supported by Protect Colorado PAC, an oil and gas industry group.

This amendment is a clear attempt to undermine important environmental and community protections.

The Earth Beneath Our Feet – Family Fossil Hunt!