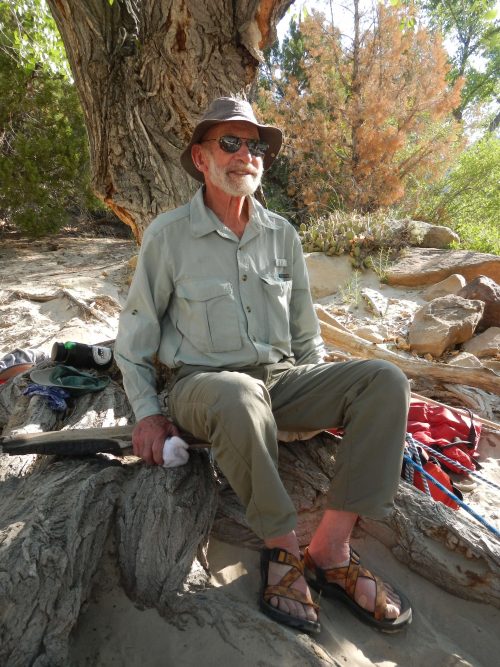 A eulogy crafted by WSCC volunteer and close friend of Dr. Soulé, Robin Nicholoff, and posted on behalf of Board Member, Ralph D’Alessandro. Michael was a multiple-time member of the Conservation Center’s Board of Directors and an active member of its Public Lands Committee. We share this with gratitude for his incredible contributions to the field of Conservation Biology and to the people who got to know him. He will be missed throughout the science community and by his neighbors in the North Fork.

As many of you are now aware, last week, June 17th, our dear friend, colleague and former board member Dr. Michael Soulé passed into the great unknown at age 84.  His life was one of major scientific accomplishments, keen insights into the proper functioning of native ecosystems, and unbounded love for nature and students of nature.

Michael’s love and observations of natural processes began at an early age while exploring the back-country deserts, canyons, and water bodies of California and Baja California and progressed to earning a Doctorate in evolutionary biology and ecology from Stanford.  In addition to teaching and faculty duties at the University of California Santa Cruz, University of Michigan, and in Samoa and Malawi, he did field research over the years in the Caribbean Islands, Mexico, Africa, and the Western U.S.  Closer to his final home near Paonia, he did research early-on at the Rocky Mountain Biological Laboratory at Gothic.  He later moved to the North Fork Valley where he was elected a member of the Board of Directors of the Western Slope Conservation Center and served on the Public Lands Committee.

As Michael consulted and lectured across the planet, he became more well-known as the founder and first president of the Society for Conservation Biology and a co-founder of the Wildlands Network, and is considered to be the “Father of Conservation Biology.”  Along the way, he managed to find time to write or edit eleven books and dozens of articles on everything from population genetics to the need to conserve alpha predators in order to prevent trophic cascades.  But Michael also showed his students the need to utilize their scientific knowledge and skills to stand up to the current forces of willful ignorance and advocate for sound environmental policy and practice.  A former colleague Jim Estes, professor emeritus of ecology and evolutionary biology at UCSC said, “He had an amazing vision that environmental studies wasn’t just conservation biology, but it had a social dimension, too. He realized the human dimension was the most problematic part of conservation. Conservation is not just about studying nature. It’s about studying nature and people together.”  Michael Soulé and his partners at the Wildlands Network the conservation of habitat and migration corridors—at a continental scale in North America—for wildlife.

His numerous contributions to environmental science earned him many awards including a Guggenheim Fellowship, the National Wildlife Federation’s National Conservation Achievement Award, the Zoological Society of San Diego’s Conservation Medal, and the Edward O. Wilson Biodiversity Technology Pioneer Award.  Audubon Magazine named him among the 100 Champions of Conservation of the 20th Century.  Ever the educator and mentor, Michael participated in public forums as recently as last year in Paonia, and initiated lively discussions with friends in the Scientists and Philosophers Friday lunches around the North Fork Valley.

Appropriately, Michael spent his final winter with his wife, June, in the wonderland of his youth, Baja California. Let us always honor and cherish our memories of this kind man and the contributions of this giant of science, Michael Soulé.

Stay Connected with our Mike’s Hikes