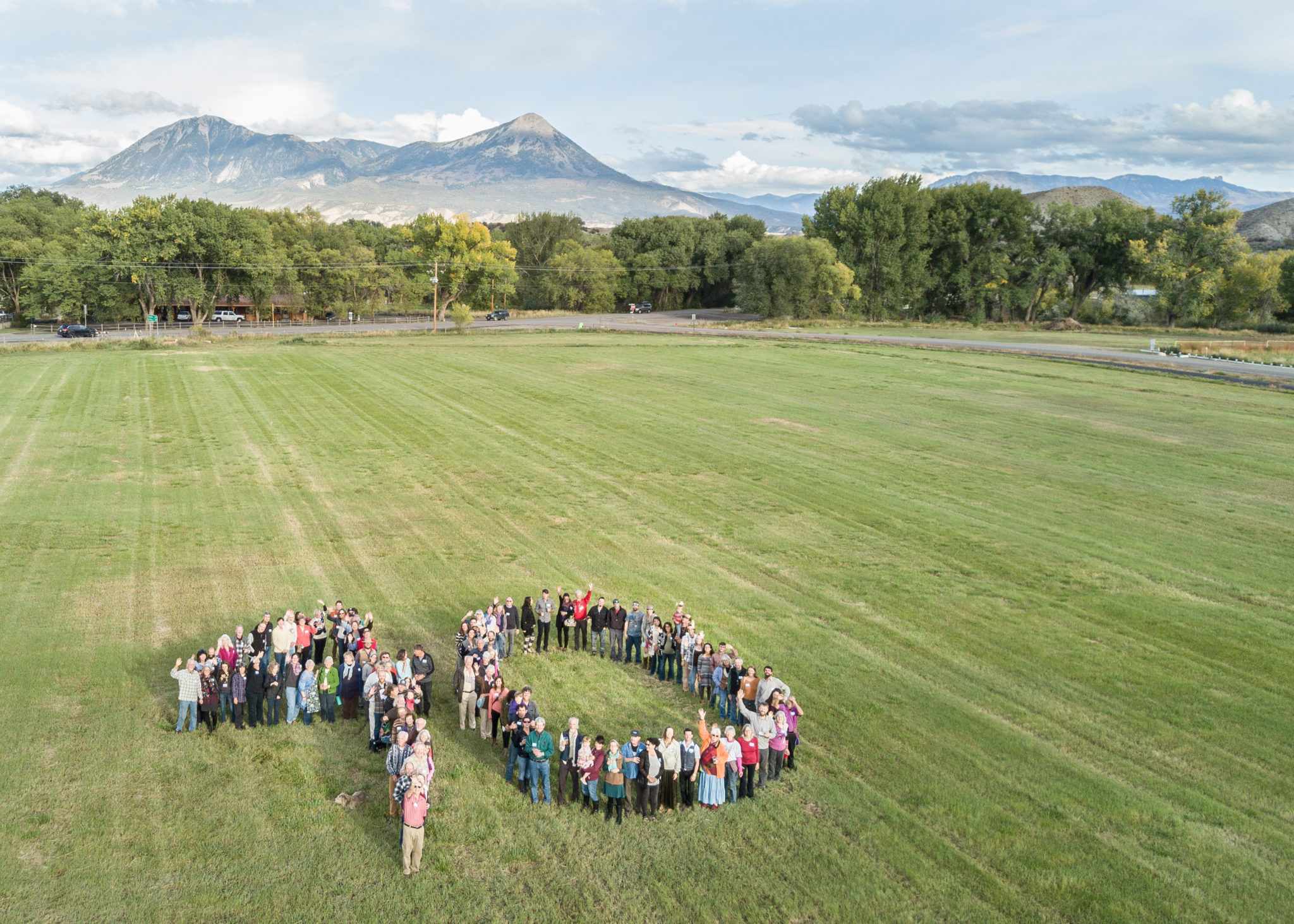 To bring our 40th year to a close, we are excited to present: “Stories from our 40” – a series of short stories detailing the Western Slope Conservation Center’s successes since 1977.  Each week leading up to Giving Tuesday, we will share stories from members, staff, directors, and supporters of WSCC and our predecessor organizations, Western Slope Environmental Resource Council and North Fork River Improvement Association. Feel compelled to support your environment and community? Fill out the form at the bottom of the page to donate today!

WE WANT TO HEAR FROM YOU!! Have a fond memory or success story from our 40 years? Post in the comments below, or email us!

It all started 40 years ago with concerned citizens with a can-do attitude. The North Fork Valley has long been a coal-mining region, producing some of the cleaner burning coal in the country. As the coal industry boomed in the late 1970s, the BLM proposed lease sales for coal mines all across the North Fork Valley. But around this time, residents started to notice impacts to the environment from coal mining. In 1977 Theo Colborn was monitoring water quality on the Gunnison River and became concerned about possible effects of the Westmoreland Coal Mine. “[The coal companies] promised they would never let coal get near the river, never put it on the lower side of the highway….But they were mining faster than they could [ship] it out.” As residents saw coal piles accumulating by the river and more public lands being opened for mining, they became alarmed by the potential impacts to the region’s natural resources.

Gathered around a kitchen table in Delta County in 1977, the Western Slope Energy Research Center (WSERC) was formed to as a way to disseminate information to the community regarding energy extraction and its impacts. Farmers, ranchers, construction workers, journalists, and plumbers by day, the founding members/volunteers of WSERC worked diligently with limited financial resources to protect their home. WSERC began  In an interview in the mid-2000s, founding member and plumber Chuck Worley said, “We saw our first job as letting people know what was going on. Because it wasn’t broadcast anywhere. We had to find out. There were no environmental groups to give you information. Not around here.” Long before the days of the internet (and all its fake news), members distributed newsletters and went door to door around the valley to educate residents on the latest updates on energy in the valley. Rita Murphy, another founding WSERC member, continued “The mission was arming people with correct facts; then they could make intelligent informed decisions.”

Over the next 40 years, WSERC’s mission would expand and the organization grew. New coal companies took over mining in the valley and vigilance by WSERC helped set a new standard of environmental responsibility. But the impacts from our very first projects are still felt today. “All the things we fought for, in terms of environmental planning, low impact [energy extraction], many of them have come through,” said founding WSERC member Ed Marston.

We can’t help but think what the North Fork Valley, Delta County, and the entire Western Slope would look like today if not for the passion and determination of WSERC’s founding members.

“Give Where You Live” with Gabrielle Louise benefiting WSCC!