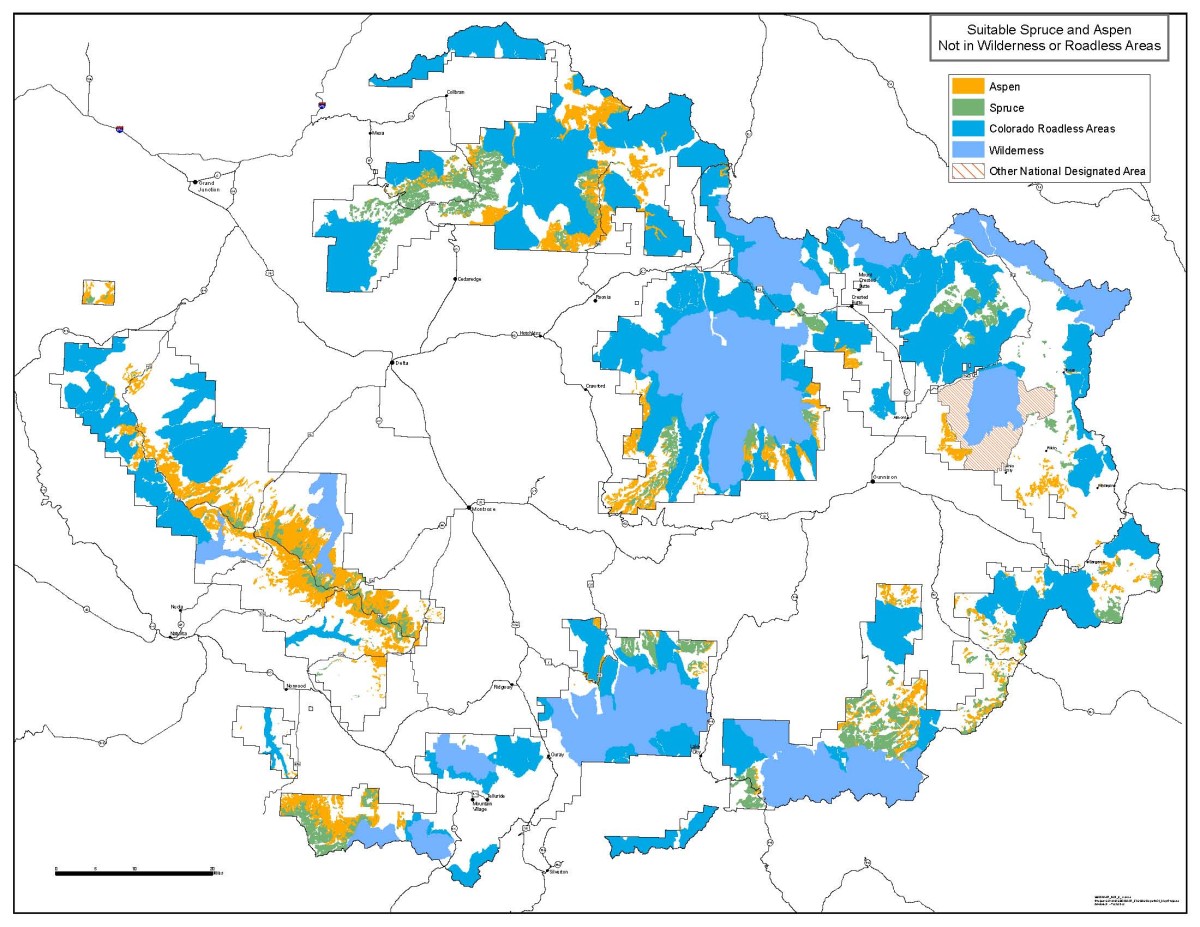 July 3, 2015  – Over 400,000 acres of spruce-fir and aspen groves throughout the Grand Mesa, Uncompahgre, and Gunnison National Forests have died in the last decade, and everyone on the Western Slope likely has questions about the beetle epidemic and diseases that are to blame.

Learn what’s going on, how it fits into broader regional trends, and how the US Forest Service proposes to manage the forests at an upcoming community information meeting at the Hotchkiss Memorial Hall on Tuesday, July 14 from 6:30-8 p.m.

The meeting will provide information on a developing multi-agency strategy for dealing with the white fir engraver beetle infestation that is killing off forests around Delta County, as well as the U.S. Forest Service’s proposed 10-year active management plan to increase the pace and scale of treatments in Western Slope forests hard hit by the spruce beetle epidemic and sudden aspen decline.

There will be a short video presentation about the devastating spruce beetle epidemic on the neighboring Rio Grande National Forest (a precursor to what could happen on the Grand Mesa, Uncompahgre and Gunnison National Forests), followed by a panel discussion featuring specialists in the field who will provide varying perspectives on the local and regional beetle epidemics. Information about resources for local residents who have dead and dying trees on their property will also be provided.

Each panelist will speak for 10-20 minutes, after which there will be plenty of time for questions and answers. The portion of the Q&A focused on SBEADMR will be recorded, summarize and submitted to the U.S. Forest Service as part of the comments for the project’s draft environmental impact statement, which was released on June 1 and for which comments are being accepted through July 31.

The upcoming meeting is hosted by the Public Lands Partnership, Delta County and the Western Slope Conservation Center. It is part of a series of public outreach meetings about forest health and beetle kill response currently taking place in communities across the region.

Summer at the Paonia River Park