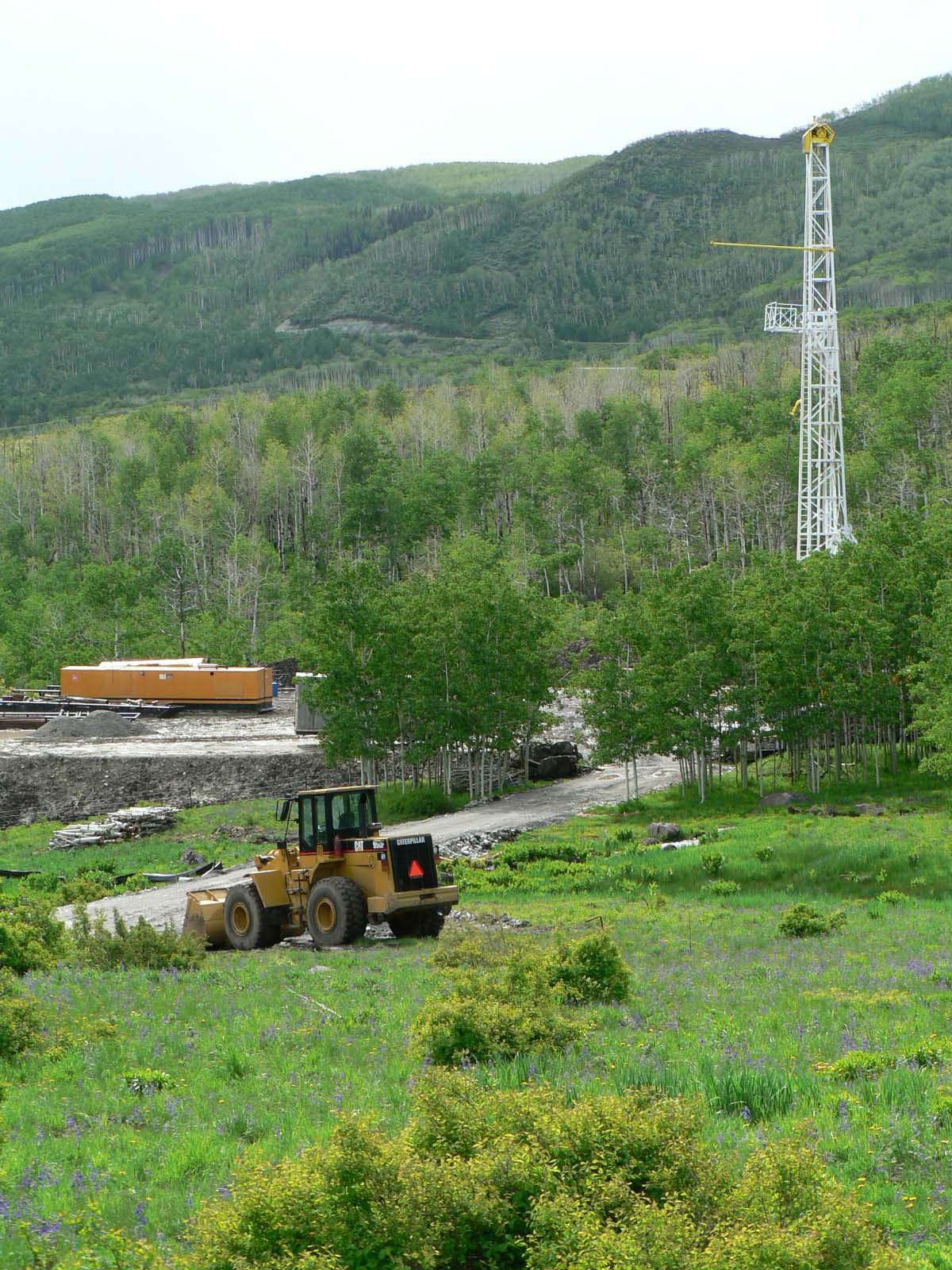 This week, the Colorado Oil and Gas Conservation Commission (COGCC) finalized several new rules to protect the health, safety, and welfare of Coloradoans and the environment. The monumental rule change will protect the lower Gunnison watershed’s big game habitat and migration corridors, which are critical to our local economy. This would not have been possible without the amazing effort from all of you who wrote letters, spoke at hearings, and advocated in the community for the protection of our wildlife from oil and gas development.

Among other things, the new rules achieve the following:

This was no easy feat. We want to extend our sincerest thanks to Governor Polis and the COGCC for making it through the rulemaking process and sticking to their new mandate to protect the health, welfare, and environment of Colorado’s communities. We are asking all of you to join us in thanking Governor Polis today! Use the information below to send a heartfelt postcard or letter to Governor Polis and give him a big thanks:

We are grateful to Governor Polis for pushing this work forward, but the Commission relied deeply on public input. We want to take a moment to thank Allison Elliott, Karen Ortiz, and Robin Nicholoff, and extend our gratitude out to YOU who gave incredible testimony to the COGCC on behalf of the WSCC community. Thank you all who participated in this process. Those of you who had discussions with friends and family, wrote letters, and will help us make sure the new regulations are followed in practice, not just on paper, thank you!

In October 2020, the Colorado Oil and Gas Conservation Commission (COGCC) – the state board that approves drilling permits and regulates the oil and gas industry – will amend its rules for permitting oil and gas sites in Colorado. Your voice is needed to ensure that wildlife protection is prioritized in these amendments.

This rulemaking is required by Senate Bill 19-181, which Governor Polis signed into law on April 16, 2019. Among other major reforms, SB 181 changed the agency’s mission by directing the COGCC to safeguard wildlife and its habitat against potential negative impacts of oil and gas development and clarifying that COGCC may deny a permit application if its approval would not protect wildlife, the environment, or public health, safety, or welfare.

Please weigh in on this issue as the COGCC Commissioners need to hear from the public as to the importance of addressing wildlife protection in the COGCC’s “Mission Change” rulemaking in October. You can do so by:

SB 181 expands on landmark legislation passed in 2007, House Bill 07- 1298, which directed the COGCC to ensure that adverse impacts of oil and gas on wildlife be avoided wherever possible, and that any remaining impacts be minimized and mitigated. That bill brought state wildlife officials into oil and gas permitting decisions for the first time, calling for consultation between Colorado Parks and Wildlife (CPW) and COGCC on oil and gas permitting in sensitive habitat areas. It also directed COGCC to minimize habitat fragmentation, surface disturbance, and adverse impacts to wildlife – but it didn’t impose any standards for doing so. The COGCC’s “1200 Series” rules for wildlife protection were adopted in 2008 to implement HB 1298.

While HB 1298 was largely procedural, SB 181 imposes on COGCC a new substantive duty to ensure that adverse impacts to wildlife, wherever possible, are avoided – and that remaining impacts be minimized and mitigated. It also eliminates prior limits on what the COGCC can do to protect wildlife. While wildlife measures must still be reasonable, SB 181 eliminated the requirement that proponents prove them to be cost effective and technically feasible – a standard that was often used to fight effective regulation, even where it was needed most. It also eliminated the requirement that all wildlife conditions be approved by the surface owner; under the new law, surface-owner consent is only required on conditions that “directly impact the affected property or its use.” Finally, in directing the COGCC to protect biological resources from adverse impacts, SB 181 expanded the scope of duties from addressing individual species and habitat types to protecting landscapes and ecosystems.

SB 181 should also be viewed alongside Governor Polis’s Executive Order 2019-11, which directed the Department of Natural Resources to:

What did SB-181 Actually Do and Why Are We “Rulemaking”?

One of the primary changes enacted by SB-181 was changing the mission of the state regulatory body from “fostering” to “regulating” the oil & gas industry. This change puts the people of the State of Colorado at the heart of the COGCC’s mission, not the industries. Thus, SB-181 ensures the COGCC prioritizes public health, safety and environmental concerns at the center of their focus. Additionally, SB-181 also enables local governments to have increased oversight of land use related oil and gas activities in their communities. However, SB-181 did not declare a “moratorium” on oil & gas development nor did it stop the processing of permits.

In order to put SB-181 into full effect, the bill called for “rulemakings” to put the bill into practice. The Rulemakings specifically focus on implementing the new public health, safety, and environmental priorities of the COGCC, updated flowline rules, alternative site analysis, cumulative impact rulemaking, and address how the COGCC will work with and assist local governments. The rulemakings started in Summer of 2019 and while the official process is slightly complex, there are several simple opportunities for the public to provide written and oral feedback to help shape the new rules.

Given these significant changes to the law and new focus on wildlife habitat, this is a significant moment for wildlife protection in Colorado.

In June, the COGCC released Draft Rules to amend its 1200 Series as part of its Mission Change rulemaking. Those Draft Rules are a vast improvement over the COGCC’s current wildlife rules and will result in better permitting decisions, protection of more species, and long-term protection of habitat.

Five things COGCC should do to improve wildlife protection

Several wildlife, hunting, and angling organizations are asking COGCC to adopt five key changes for wildlife protection in its rulemaking this fall to implement SB 181:

By adopting these measures, COGCC can ensure that it is fully implementing SB 181 to protect wildlife resources.

Please lend your voice! There are a variety ways you can weigh in to help ensure Colorado’s oil and gas rules protect its wildlife and its habitat: