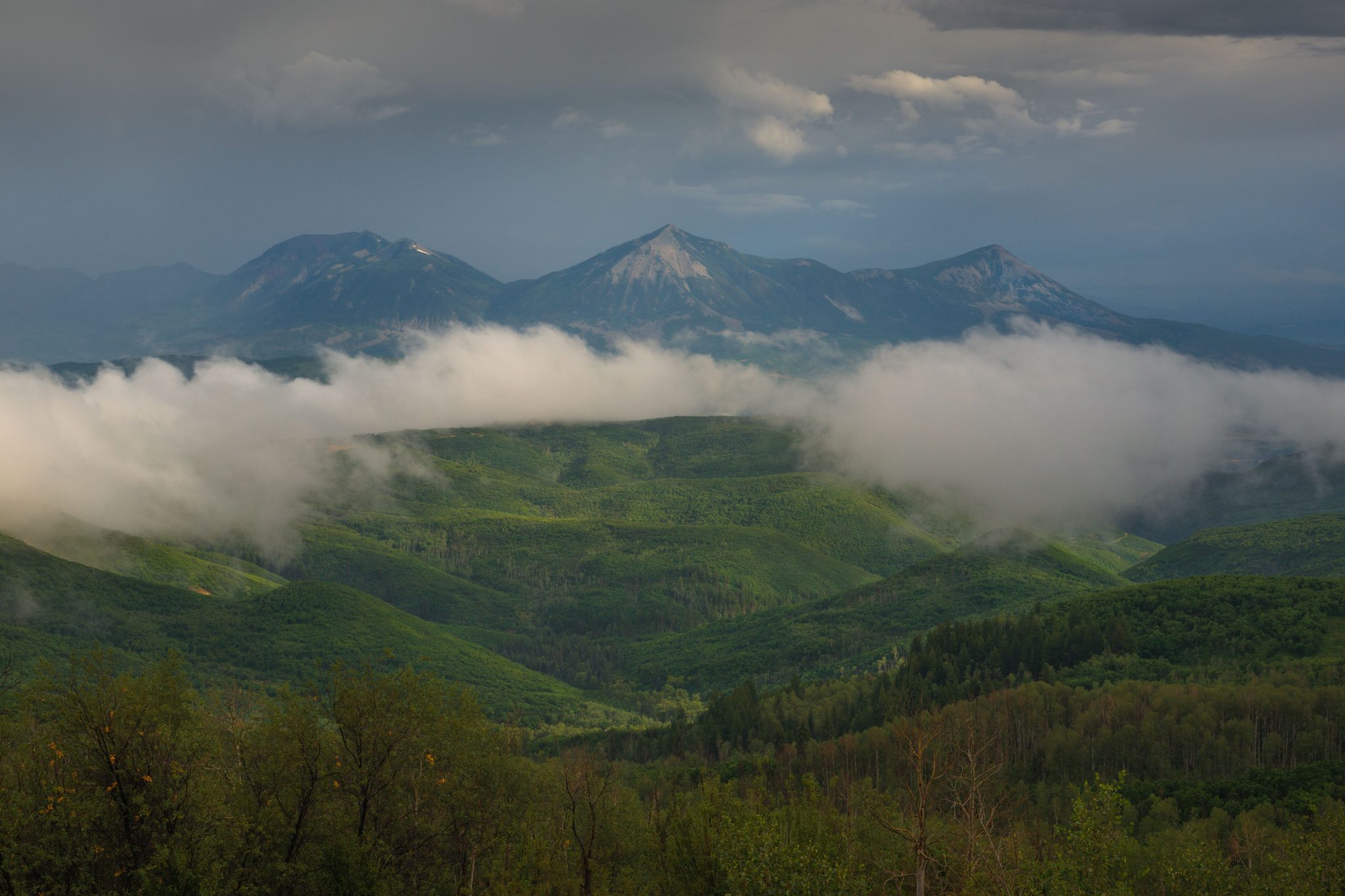 On November 2, the BLM announced the deferral of ALL remaining North Fork area parcels from the December 2018 Oil & Gas Lease Sale. Thank You to John W. Hickenlooper and Senator Michael Bennet for working so hard to ensure our local concerns are heard. We are so grateful for your support in protecting our resources in the North Fork Valley and beyond!

Click here to read the press release from Senator Bennet.

These parcels have been deferred until completion of the Uncompahgre Field Office’s Resource Management Plan. We anticipate the RMP will be completed in 2019. Stay tuned for more updates.

BLM Colorado plans to move forward with all remaining North Fork area parcels in the December 2018 Oil and Gas Lease Sale. The remaining ~2800 acres near Paonia Reservoir, Clear Fork, and Electric Mountain Roadless Areas will go for sale on December 13, 2018 despite strong local opposition, including the Town of Paonia and Gunnison County, as well as opposition from Senator Bennet and Governor Hickenlooper. We are currently in a 10 day protest period where individuals may formally protest the final environmental assessment and sale notice. Please follow the instructions from the BLM below.

IMPORTANT INSTRUCTIONS ON HOW TO FILE A PROTEST:

Today is your last chance to submit substantive comments in response to the December 2018 Lease Sale Draft Environmental Assessment, which proposes 2800 acres of oil and gas leases in the North Fork of the Gunnison Watershed.

Every comment counts. In order to help you write your comment, we have put together two letter writing guides:

To submit your using BLM’s submission platform, follow this link.

For additional maps and information on the lease sale, and how to comment, visit the BLM ePlanning page.

The following are other relevant comments by the Town of Paonia and Gunnison County asking for deferral or No Action for the proposed leases:

Dr. David Noe has also put together a memo that speaks to many of the local geologic hazards of concern: Geohaz Map Resources and Comments

Finally, once you submit you comment letter, contact your local elected officials and urge them to ask for withdrawal of ALL North Fork Valley area leases from the December 2018 Lease Sale.

Additionally, the BLM neglected to consider comments from the Western Slope Conservation Center, key North Fork agricultural groups, dozens of individuals and even the Town of Paonia. Read our press release here.

The public now has the chance to comment on the Preliminary EA. The deadline to submit your comments to the BLM is September 11. If you submitted a comment during the Scoping Period, review the EA to ensure the BLM included and properly responded to your comment! WSCC and our partners will host several opportunities to learn more over the next 15 days, including informational meetings and comment writing workshops. See the list below for more details, and follow us on Facebook to stay up to date on breaking news and meeting announcements.

For additional maps and information on the lease sale, and how to comment, visit the BLM ePlanning page. To comment, click the “Comment on Document” button in the far right column of the row for “Uncompahgre Field Office Preliminary Environmental Assessment”.

Finally, once you submit you comment letter, contact your local elected officials and urge them to ask for withdrawal of ALL North Fork Valley area leases from the December 2018 Lease Sale.

UPDATE – July 2018: Governor Hickenlooper submitted comments to the BLM in support of deferral of the North Fork lease sale parcels. Read more about his request here.

The Bureau of Land Management (BLM) has announced plans to include lands in the North Fork Valley in its December 2018 lease sale. The BLM is proposing the sale of leases in lands surrounding the largest reservoir in the valley, as well as lands contiguous to Colorado Roadless Areas and directly above the town of Paonia. These are some of the same lands the local community joined together to oppose leasing in 2011 and 2012, prompting the BLM to consider a locally grown vision for the North Fork Valley that would keep energy development away from sensitive areas. The BLM is evaluating the North Fork Citizens’ Alternative in the ongoing Uncompahgre Resource Management Plan revision, however, this proposed lease sale ignores the local community, leaving the future of the North Fork Valley more threatened than ever.

The 15-day Scoping period ended July 17th. The next opportunity to comment will be after August 27th, when the Environmental Assessment (EA), will be released. To submit your own scoping comment, visit our friends at Citizens for a Healthy Community for comment writing resources. It’s not too early to begin your more detailed letter for the lease sale environmental assessment. We expect another 15-day comment period for the EA.

Sign your name here to tell the BLM that you oppose the leases surrounding the Paonia Reservoir and contiguous the Colorado roadless areas.  Significant irreparable damage could occur from this new oil and gas leasing and corresponding fracking in these areas.

The Western Slope Conservation Center co-hosting a public information meeting with Citizens for a Healthy Community on Wednesday, July 11th, at 6pm at Paonia Town Hall. Thanks to all who join us to learn more about the proposed leases and how you can respond.

Why is this so important to western Colorado? Oil and gas development is incompatible with a healthy future for the spectacular North Fork Valley of western Colorado. The communities of the North Fork Valley are strongly opposed to oil and gas development, largely due to the negligible economic gains and the significant irreparable damage that could occur from oil and gas activities in the watershed.

The BLM had been deferring leasing in the North Fork Valley while it revised the Uncompahgre RMP and made a long-term plan for managing the many values of this special landscape, but under Trump administration policies the agency is plowing forward with highly controversial, short-sighted leasing proposals. With its drilling above all other uses strategy for public lands, the Administration is deaf to the voices and vision the local community has worked with the BLM on for years. “Energy dominance” for the purpose of enriching fossil fuel industry executives could well result in farmers, winemakers and ranchers losing their livelihoods.

The North Fork Valley is too wild, too beautiful, and too productive to be sacrificed for oil and gas interests. Efforts to move forward with leasing in the North Fork Valley will continue to be met with strong opposition. The valley has produced energy for our country from public lands for over a century from its coal mines. Now is the time to protect remaining wildlands in the area for future generations to enjoy.

We urge you to write about how this proposed lease sale could have lasting negative impacts on the region and to again highlight the years of hard work put into a proposal put forward by the local community.

Sign your support today!
The Western Slope Conservation Center will be submitting scoping comments during the 15-day period. Please show your support for the North Fork – and express your concern regarding impacts from these proposed lease sales – by signing our online comment letter here.

SIGN YOUR NAME TO OUT PETITION TO PROTECT THE NORTH FORK

For additional maps and information on the lease sale, and how to comment, visit the BLM ePlanning page.