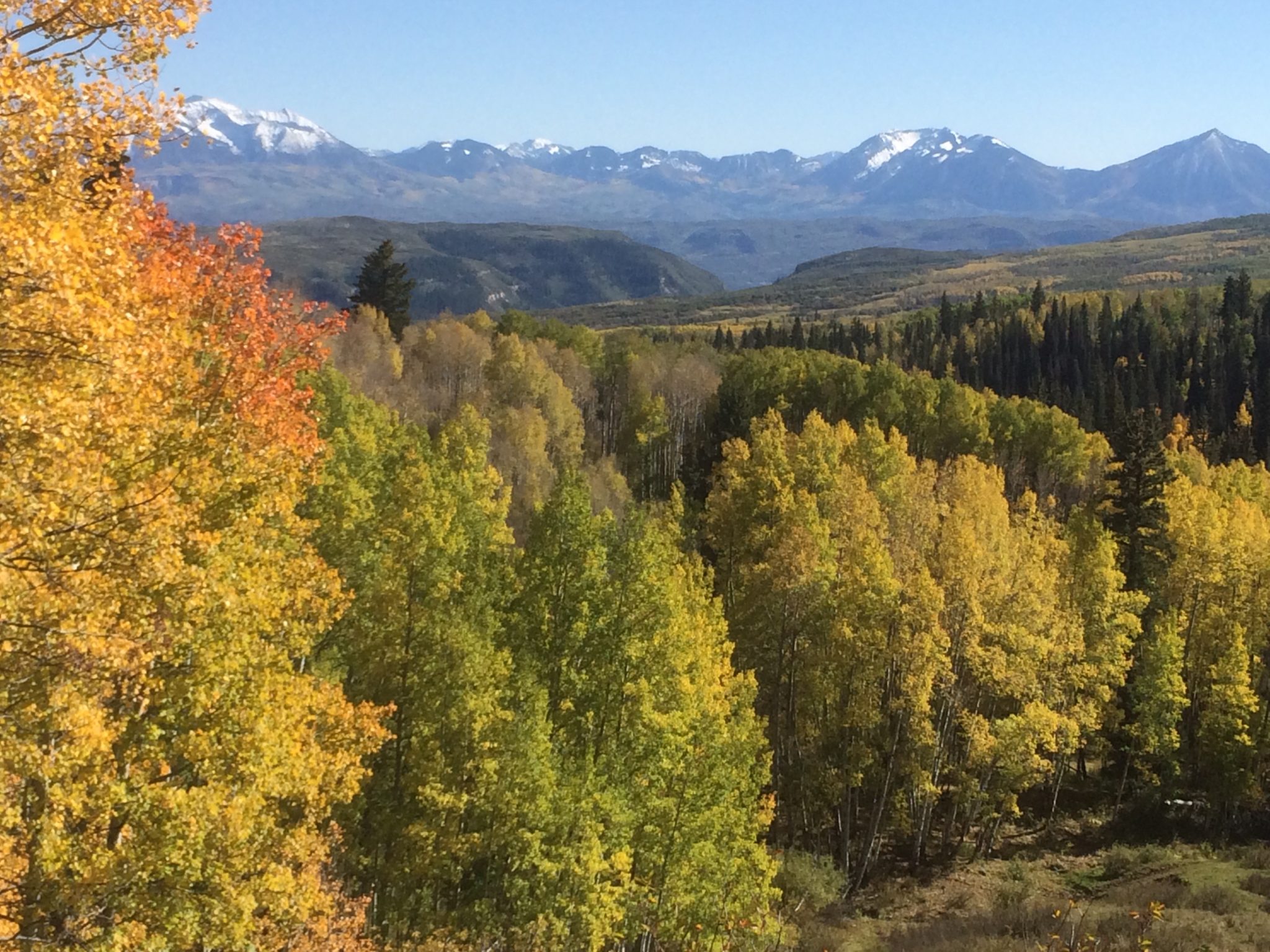 North Fork groups call on BLM to withdraw oil and gas leases, address flaws in its review, and ensure that public comments are duly considered in all future public lands decisions

PAONIA, CO (September 4, 2018) – The Trump administration’s reckless rush to open America’s cherished public lands to fracking, drilling, and oil and gas development not only threatens our clean air, clean water, and healthy lands but is gutting the impacted public from public lands management.

That’s the strong message being sent by organizations representing hundreds of North Fork Valley farms, businesses, and residents whose comments were all omitted by a federal agency preparing to open thousands of acres of the valley’s public lands to oil and gas development. The groups are calling on the Bureau of Land Management (BLM) to withdraw the leases proposed for sale in December, and to ensure that it is abides by its obligations to involve the public and impacted stakeholders in its decisions.

The groups are raising concerns that in the recent “scoping” period for the lease proposal, the BLM neglected to consider comments from key North Fork agricultural groups, Delta County’s forty-year-old conservation group, dozens of individuals and even the Town of Paonia, a BLM Cooperating Agency in its ongoing RMP revision that has not yet been completed.

“This is negligence, pure and simple,” said Andrew Forkes-Gudmundson of Citizens for a Healthy Community. “Our community knows best how to avoid risks to its health, environment and economy. The BLM made the right decisions in 2012 and 2013 when it listened to these organizations, the Town of Paonia and others, and deferred the previous lease sales. This time, the BLM has “omitted” too many critical comments for it to not appear intentional.”

The BLM’s push to open public lands in Colorado’s premier sustainable farming region for expanded fracking and drilling has long been controversial, and broadly opposed by valley farms, businesses, and residents. The Town of Paonia has raised concerns, held public meetings, and submitted comments—that the BLM somehow “omitted” from its analysis. It was only after alert citizens noticed the town’s comments missing from documents, that the agency’s mistake began to unravel. Eventually the agency posted this explanation on its website:

ADDITIONAL SCOPING COMMENTS:  In preparing Attachment F (summaries of scoping comments) in the Preliminary EA, the BLM inadvertently failed to include some additional letters from organizations and individuals.  Although these comments did not identify issues and concerns different from the synopses in Attachment F, the BLM wishes to acknowledge receipt of the letters, and specifically those from the Town of Paonia Administrator (Kenneth D. Knight) on behalf of the Mayor, the Paonia Board of Trustees, and the Citizens of Paonia; the Western Slope Conservation Center (Alex Johnson), with an attached petition and 124 signatures; and the Colorado Farm and Food Alliance (Pete Kolbenschlag), with 31 signatures.  The BLM regrets these omissions.

Groups assert that this explanation is dismissive of the public and fails to address that the omission is not the only issue. The analysis conducted by the BLM fails to address significant issues that it is bound to address, and ignores the substance raised by these organizations in their comments. Retroactively adding them to the summary cannot fix that, which renders the environmental assessment fatally flawed. These omissions of lawfully submitted public comments and substantive issues raised, combined with the “administrative error” of including 5,000 acres overlying the Bowie #2 mine, and numerous other agency errors throughout the process, make the consequences of the radically truncated review easily apparent.

The Colorado Farm & Food Alliance comments were filed on behalf of major agricultural groups in the valley including the Valley Organic Growers Association, Slow Food Western Slope, and the West Elk Winery Association. The West Elk region is one of only two federally-designated winegrowing regions in the State of Colorado, and the North Fork is widely renown as Colorado’s Farm-to-Table Capital. Nonetheless, the comments from the valley’s agricultural groups along with over 30 local farms, ranches, and businesses—were all “omitted” by the BLM.

“When the federal government is dealing with Coloradans’ lives and livelihoods a “we regret the omission” simply doesn’t cut it,” Said Pete Kolbenschlag with the Colorado Farm & Food Alliance, which prepared the comments for the valley’s agricultural groups and individual operators. “As Americans, we expect more of our public agencies: This raises serious issues, violates the intent of the law, and is inimical to good government and public oversight.”

In addition to the Town of Paonia, the valley’s agricultural organizations and operators, and dozens of businesses and residents, the BLM also failed to include comments from the valley’s 41-year-old conservation organization, and over 120 individuals that signed on to its letter. The Western Slope Conservation Center has a long history of partnering with the BLM in its local public lands projects and planning, yet somehow that agency failed to consider this group’s comments on an issue of top importance to its members, and to North Fork Valley residents.

“To say we are disappointed is an understatement,” said Conservation Center Executive Director Alex Johnson. “The BLM needs to withdraw this EA and redo its process. Top-down mandates should not drive local land management decisions in ways that exclude what is really happening – and what people really care about – here.”

The North Fork Valley (on the North Fork of the Gunnison River) is renown for its hundred-year history of orchards and high-quality agricultural product. Home to over a dozen wineries and numerous galleries and local shops, the North Fork is also a top agritourism destination. The area’s abundant and world-class public lands draw hunters, fishers, hikers, and visitors of all persuasions. The North Fork Valley has been identified by The Wilderness Society as a high priority public lands landscape most at-risk from oil and gas development in its 2017 Too Wild To Drill Report.

Members of the media interested in visiting the North Fork Valley, arranging interviews with farmers, business-owners, and residents, or who wish to obtain images and video B-roll, can contact Pete Kolbenschlag at Pete@MountainWestStrategies.com or at 970-261-0678.