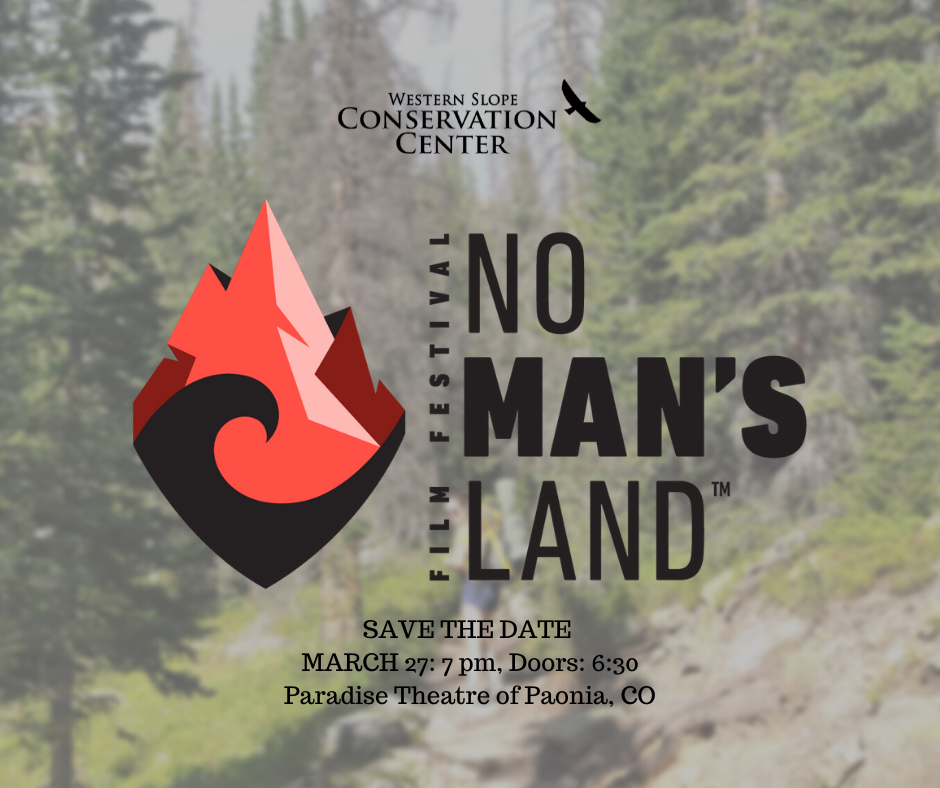 Join us on Facebook on April 16 & 17 for a unique Virtual No Man’s Land Screening!

Avoiding Facebook? No worries – This link will take you directly to the film.

The films are available ALL DAY Thursday & Friday to stream on your own time with the  password: a pizza my heart

No Man’s Land Film Festival & Panel Discussion have been rescheduled due to CDC recommendations regarding COVID-19.

Stay tuned for an announcement on its rescheduled date.

No Man’s Land Film Festival (NMLFF) is the premier all-women adventure film festival based out of Carbondale, Colorado and on tour internationally. In its fourth year, No Man’s Land Film Festival has reached audiences in nearly every US state and has breached international borders with events ranging from Canada to Australia. NMLFF celebrates the full scope of woman-identified athletes and adventurers, looking to undefine what it means to be a woman in adventure, sport and film. NMLFF champions women with grit, hustle, determination, and boundless passion, investing them with the respect, support, and media recognition they deserve. Through human collaboration, No Man’s Land strives to implement and inspire change in the outdoor, sport and film industries, while cultivating a deep interest in exploring the vastness of the planet from a woman’s point of view. The NMLFF mission transcends the films presented, acting as a platform for powerful and progressive movement in the outdoor industry.

With their manifesto: “We are women and we are allies. We are sunsets and alpenglow, dangerous riptides and endless singletrack. We are coffee-fueled optimists who may dance-all-night into an alpine start and laugh too loudly at jokes that no one else understands. But we are more than that. We are the vastness to the mountains, we are the horizon to the sea. We are global and there is no end to our possibility. We are rugged and determined. We are forged from a fire of passion and grit; we are nurtured by adventure. We will not be denied. We celebrate our voices and our bodies: their strength, their power, their ability to move mountains or, at the very least, to climb them. We aren’t just women and we will stand up for our sisters whether or not society recognizes them as such. We are unique. We are individual. We are human. And we don’t draw lines, because everyone defines their own,” No Man’s Land champions women-identified athletes, story tellers and creatives who find inspiration and motivation through adventure, sport and film.

With the help of theatres, nonprofits, climbing gyms and other bold hosts and venues across the globe, No Man’s Land is sharing its mission of un-defining feminine and what it means to be a woman. While the name may sound exclusive, No Man’s Land encourages all genders to attend.

Beyond the No Man’s Land’s mission, the films are a strong curation and representation of true outdoor adventure film -and they just happen to only feature women.

Thank you to our leader sponsor!

& thank you to our organizer sponsors!

Please extend our gratitude to these businesses/organizations by checking them out and giving them your support and patronage.

Schedule of the night:

Immediately following the film program, we will host a brief all-women panel discussion to dive deeper into our experiences of femininity in the environment.

Christie Aschwanden is the author of the New York Times bestseller, GOOD TO GO: What the Athlete in All of Us Can Learn from the Strange Science of Recovery and co-host of EMERGING FORM, a podcast about the creative process. She’s an Ideas columnist at Wired, a fitness columnist at Elemental and a frequent contributor to the Washington Post. She was formerly the lead science writer for FiveThirtyEight and her writing has appeared in the New York Times, Outside, Discover, Smithsonian, Popular Science, Skiing, Runner’s World and O, The Oprah Magazine. She was a high school state champion in the 1,600-meter run, a national collegiate cycling champion, and an elite cross-country skier with Team Rossignol. She lives in Cedaredge, where she raises heritage poultry and helps with tasting at her husband’s natural winery, Chill Switch Wines.

Alison Gannett is a former World Champion Free Skier, ski film star, and founder of “Rippin Chix” camps for girls and women. She enjoys any excuse to be outside, whether it be gardening, hiking, canyoneering, surfing, river sports, or walking the dog. Her latest achievement has been conquering terminal malignant brain cancer, where she has learned to be less “extreme” and less of a type-A/overachiever person. She and her husband Jason, grow and raise all their own food just outside Paonia, Colorado at Holy Terror Farm.

Juli Slivka is the Conservation Director for Carbondale-based Wilderness Workshop. A Colorado native, she has dedicated her career to protecting our wild public lands. Juli’s expertise is in public lands policy – but she thinks the best part of conservation work is getting her hands dirty. Whether field inventorying wilderness or managing forest restoration projects, Juli is used to being the only woman around the campfire.

Celebrate Our Rivers: Save the Date for the 20th Annual River Fest!