Still haven’t submitted a comment on the GMUG Working Draft? Not to worry! We have you covered

By Ben Katz 2 years ago2 Comments 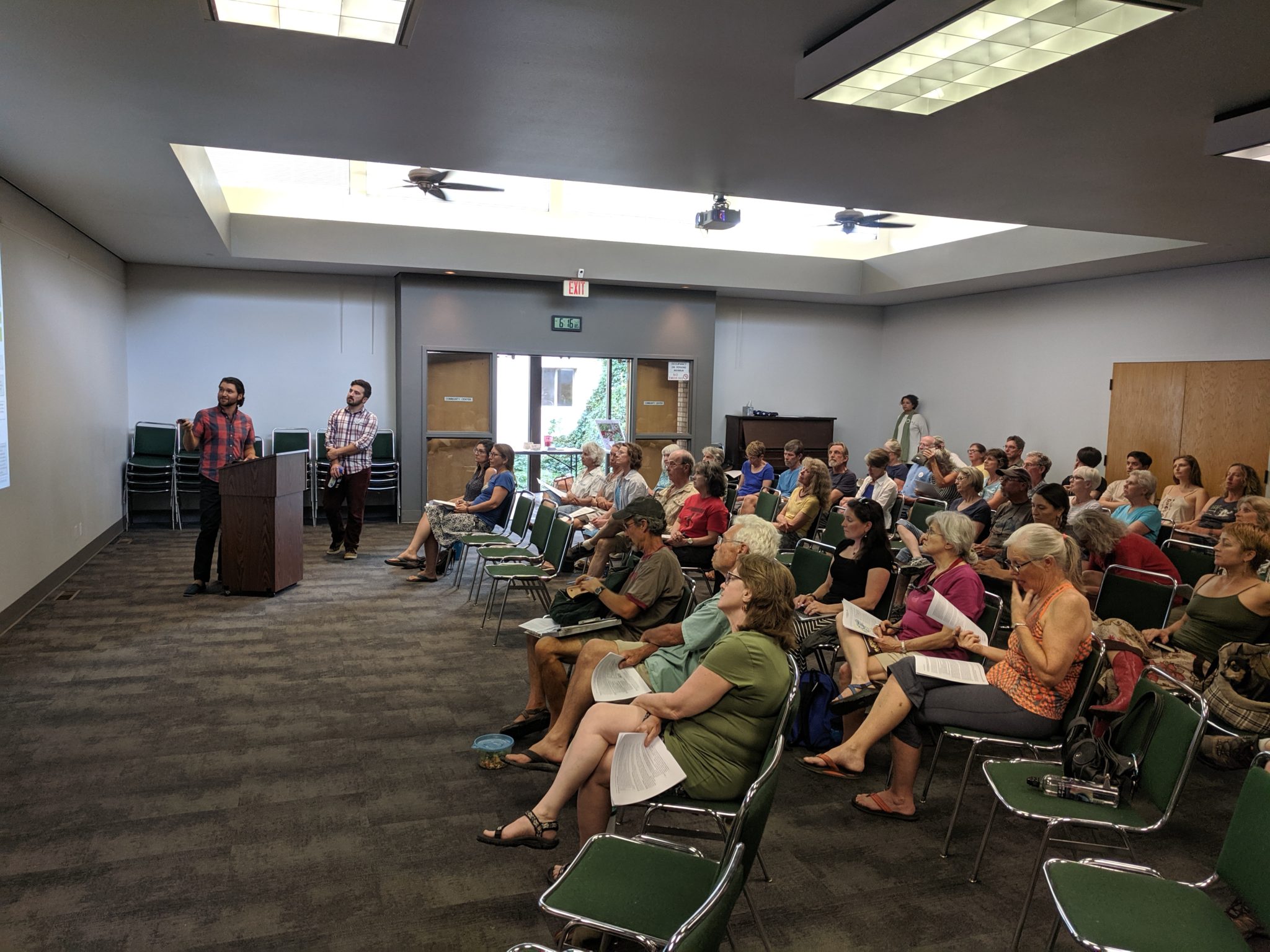 We are all busy. The summer is here, weekends are spent floating the river, hiking to alpine lakes, fishing in Anthracite creek. There is a lot to do, and not enough time to do it.

If you enjoy recreating on our public lands, they need your voice to help protect them.

The GMUG Working Draft was released on June 17th, and the comment period is almost up. We need you to tell the Forest Service what you like to do on your public lands, where you like to do it, and what values you want protected as they plan management activities that will impact your backpacking trip through the West Elks, your fishing trip up the Clear Fork of Muddy Creek, or your hunting trip up Grand Mesa.

Not sure what to comment on, or how to do so? Not to worry! Use our template below as a starting point

Take a look below the template for more specifics about what to include within the Comments section. Feel free to copy and paste whichever sections interest you most. When you are finished, hit SUBMIT at the bottom of the form, below the File Upload section.

Management areas:
Unfortunately, almost the entirety of the Upper North Fork/east Grand Mesa falls into either General Forest or Colorado Roadless Management Area. The General Forest designation provides no additional protections for certain areas within the North Fork Valley that hold incredible scenic, wildlife, and wilderness values. In addition, the lack of prescription and emphasis on maximum agency flexibility sets a bad precedent for the future forest-wide oil and gas leasing analysis. Please include additional management area designations as proposed in the Community Conservation Proposal, specifically in the North Fork region, in the Draft EIS.

If you want to get more specific about Management Areas:

Water, Watersheds, and Aquatic Species:
The plan proposes to establish conservation watershed networks to protect watersheds and sensitive species like trout and boreal toad, but provides no detail on how these networks would be applied and maintained. I like the concept of conservation watershed networks, which have “high-quality habitat and functionally intact ecosystems that contribute to and enhance conservation and recovery of specific target species”. However, without more plan components, especially standards, it is hard to see how such networks will be maintained to achieve this desired condition. Furthermore, I appreciate the GMUG Planning Team for including an updated definition on Riparian Management Zones, however a clearer definition of what is and what isn’t allowed within each zone is needed.

Wildlife
Wildlife Management areas must have specific guidelines for managing those areas specifically for wildlife, not just for managing trail densities within them. Despite our recommendations in the Community Conservation Proposal, no special management areas were included in the Working draft in the North Fork Valley. Big game habitat connectivity guidelines are included in the Working Draft, but no management areas are proposed to foster connectivity within the North Fork Valley watershed. The Working Draft only creates standards for domestic and bighorn sheep, with no objectives or guidelines for wildlife corridors on the Forests. Guidelines for protecting big game (deer, elk, bighorn sheep) on calving grounds and winter range are voluntary in the Working Draft, and they need to be mandatory. The Working Draft also allows for timber harvest in high-probable Canada Lynx use areas, which cannot be allowed, and seems to contradict it’s desired condition for the species.

Timber
Approximately 971,000 acres of land on the Forests have been identified as suitable for timber production in the Working Draft Forest Plan. It appears that about 100,000 more acres would be suitable for timber harvest under this plan versus the 1991 amended plan. The suitability of an area should be informed by previous timber harvests or economic feasibility. This means more timber could be cut during the life of the new plan, creating more disturbances within our natural forested areas and may cause ecosystem harm at the expense of letting timber companies have more range throughout the forest. The plan also allows for 100 acre clear cuts of aspen stands on the Forests, which can have larger impacts on wildlife habitat and food availability, and is also way above the 40 acres allowed for all other species of trees. This has little benefit other than to allow timber companies free range throughout the forest.

Recreation
Thank you for taking the time to include the High Use Recreation Management Area within the Working Draft of the GMUG Forest Plan. However, I feel that Kebler Pass receives enough daily use to be included as a priority area. Also, the Recreation Opportunity Spectrum for the Summer and Winter range in the North Fork Valley should be changed to manage more for non-motorized primitive recreation throughout the Forests, due to the impacts that motorized recreation has on the landscape such as soil loss, vegetation disturbance, and more widespread effects on wildlife. The Summer ROS Spectrum would manage a significant portion of the northern Gunnison NF and eastern Grand Mesa NF for increased motorized recreation, which is not adequate for what is happening currently on the ground. The Winter ROS Spectrum would manage the Lamborn and Landsend Peak area for non-motorized recreation, which is a good addition to the Forest Plan, and additional protections for these areas should be included in the draft Forest Plan. Furthermore, recreational impacts on wildlife should be considered within the Recreation Opportunity Spectrum. Outdoor recreation in general, including both non-motorized and motorized recreation, can have negative impacts on wildlife. Outside of the recreation emphasis areas as noted in FW-DC-REC-02, wildlife impacts should be considered and monitored through the life of the plan.

RMP Governor’s Consistency Review: All You Need to Know