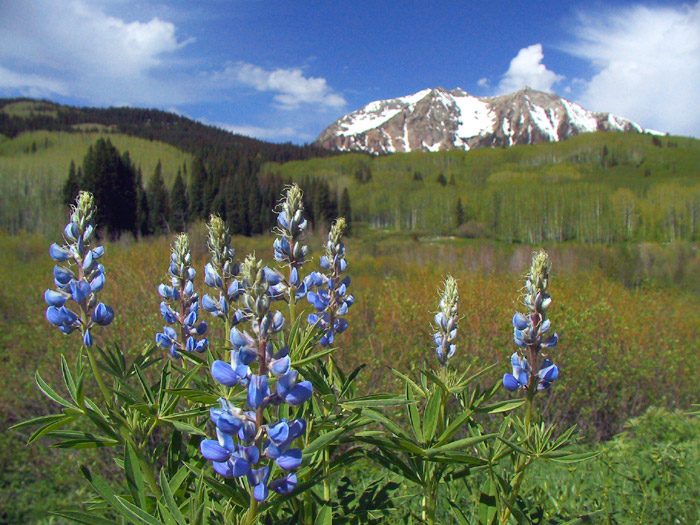 The BLM and USFS are requesting comments on Gunnison Energy’s updated North Fork Mancos Master Development Plan (NFMMDP). The NFMMDP, which was submitted in 2017, originally stated that Gunnison Energy (GE) would use a nitrogen foam material to hydraulically fracture their 35 wells. GE now plans to use the more common and water-intensive “slickwater” to frack the wells. According to Grand Junction’s The Daily Sentinel, “The change means the water required to frack each well could increase from around 30,000 barrels to about 500,000 barrels.” 500,000 barrels is equivalent to 21 million gallons, or 65 acre feet of water. The BLM and USFS are now seeking public input on the proposed changes.

Here is the full press release from BLM & USFS:

Gunnison Energy has revised its North Fork Mancos Master Development Plan, which proposes drilling up to 35 oil and gas wells from five pads, to use a more common and effective hydraulic fracturing method.

The proposed wells would be on national forest system lands managed by the Grand Mesa, Uncompahgre and Gunnison National Forest Paonia Ranger District, and private land. Wells could produce up to 700 billion cubic feet of natural gas over the 30-year life of the project. The proposal estimates that approximately 122 workers would be employed during development of the wells, which would occur over four years.

“Gunnison Energy changed its proposal to use the slickwater method of hydraulic fracturing instead of the previously proposed nitrogen foam method. It is important for the public to have the opportunity to review the modified proposal and provide comments specific to the new aspects of this proposal,” said BLM Uncompahgre Field Manager Greg Larson. “If approved, this project has the potential to make additional energy reserves available for the American public while bringing additional jobs to our local communities.”

The State of Colorado receives 49 percent of revenues from leases issued on public lands in Colorado, which could result in up to $27 million in payments over the life of the project.

The proposal and preliminary environmental assessment can be viewed online at https://go.usa.gov/xQBaq. For comments to be considered, submissions must be received by April 1, 2019, via mail to the BLM Colorado River Valley Field Office, 2300 River Frontage Road, Silt, CO 81652, via email to comments-rocky-mountain-gmug@fs.fed.us or online athttps://go.usa.gov/xQBaq.

35 new natural gas wells have been proposed for the upper North Fork of the Gunnison watershed, posing significant impacts to local drinking and irrigation water, viewsheds, and wildlife.

Please submit scoping comments to the BLM indicating your concern before the deadline on March 22, 2017. The public will have the opportunity to provide additional response to the plan, but this is the best opportunity to make sure the BLM fully analyses the possible impacts of this development.

Check out maps created by Rocky Mountain Wild to provide an overview of the proposal and possible impacts to wildlife and other resources.

BLM provided this news release upon announcement of the proposal:

Gunnison Energy LLC’s North Fork Mancos Master Development Plan proposes drilling up to 35 horizontal wells from four new well pads and one existing well pad over the next three years. Three new well pads would be on National Forest System lands and one on private. The existing pad is on private land drilling into federal minerals.

The project area is accessed via Gunnison County Road 265. The proposal includes upgrading up to 2.2 miles of roads and construction of up to 4.6 miles of new roads. Total initial surface disturbance associated with the project would be approximately 26 acres on Federal lands and 10 acres on private lands. Of these totals, about 17 acres of Federal lands and 3 acres of private lands would remain disturbed over the long-term. Gunnison Energy estimates the wells could produce 700 billion cubic feet of natural gas over 30 years.

The GMUG and BLM are asking the public to identify comments, concerns and issues before they begin drafting the environmental assessment analyzing this proposal.
“We require companies to provide a multi-year Master Development Plan proposal so that we can better analyze and mitigate potential impacts from oil and gas development,” said Joe Meyer, BLM Southwest District Manager.

“Public involvement is an important part of our analysis of this proposal,” said Scott Armentrout, GMUG Forest Supervisor. “Comments specific to the proposed action will be the most effective.”

The proposal and associated maps are available at https://www.fs.usda.gov/projects/gmug/landmanagement/projects or the BLM project website at http://bit.ly/2jkGD3K.
Comments need to be received by Feb. 21, 2017.

“The Colorado” Documentary comes to The Paradise

Blue Sage & WSCC Celebrate Our Watershed with ‘The River Whispers’