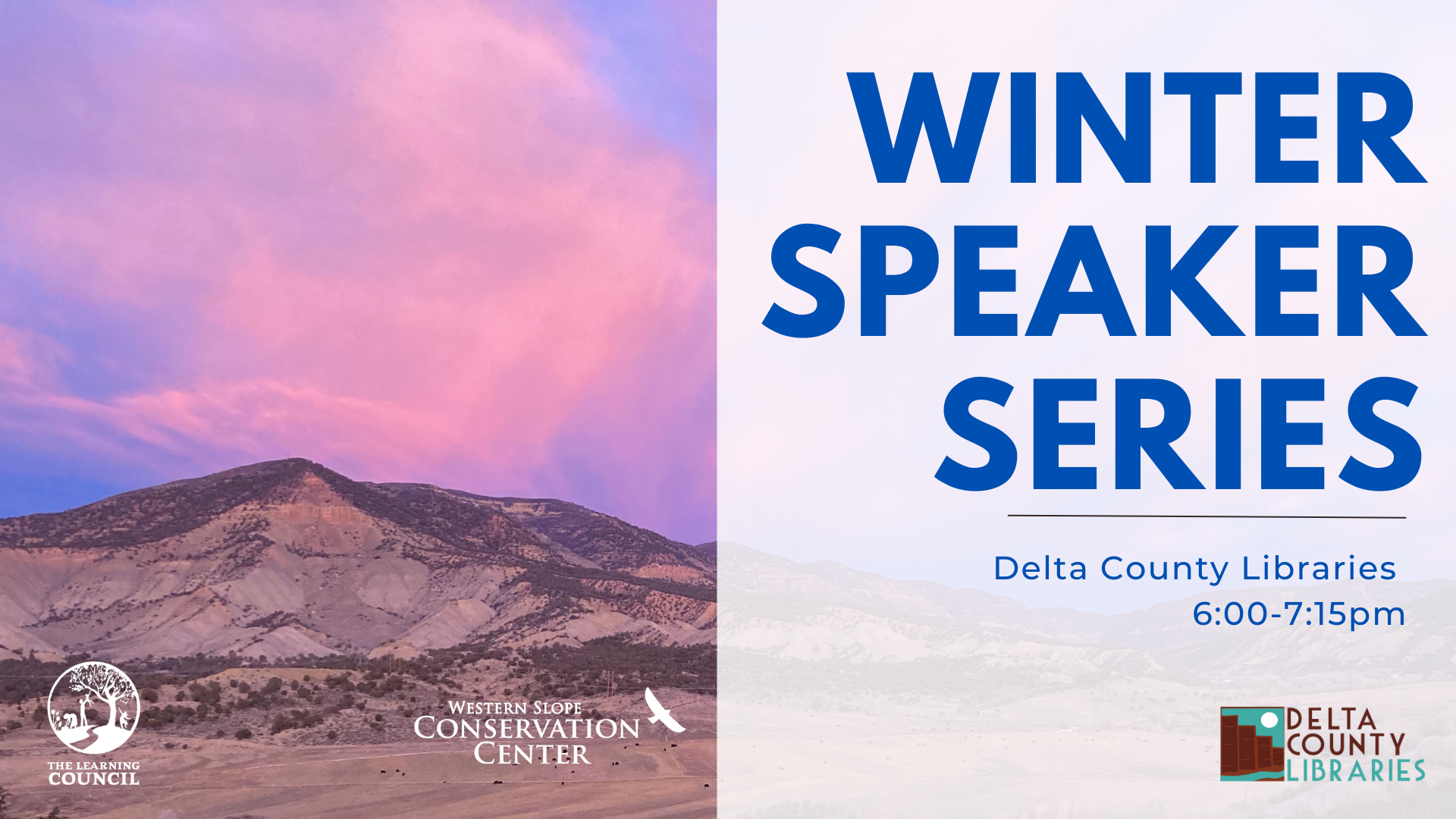 We are excited to share that we are teaming up with The Learning Council and Delta Libraries this winter for a speaker series! The series will feature one speaker a month on a variety of environmental topics, and is free and open to the public.

What local migratory bird is one of the latest to arrive, one of the fastest to breed, and in danger of becoming endangered in the western U.S.? Hint: This riparian obligate “never hollers until the 4th day of July.” In this presentation, wildlife biologist Adam Petry will address the biology, habitat, and population status of the federally-threatened western yellow-billed cuckoo in Colorado as well as uncover historic and future efforts to survey and monitor the species in the Centennial state.

Adam Petry is a wildlife biologist and owner of Western Biology, LLC, based in Hotchkiss. He specializes in natural resource surveys in western Colorado and the western U.S., including mammal, plant, and avian inventories, raptor and migratory bird surveys, nest surveys, nest monitoring, and threatened and endangered species surveys. He leads the annual yellow-billed cuckoo survey protocol training workshop and advanced field workshop in western Colorado sponsored by the U.S Fish and Wildlife Service Mountain-Prairie Region.
RSVP for Adam’s talk here! Note: this is an in-person talk limited to 45 participants, so please RSVP to reserve your spot.

Climate and Water in the Rocky Mountain Headwaters with Peter Goble, research associate at the Colorado Climate Center

In this presentation Peter takes a look at the history of monitoring weather in western Colorado. He discusses what we have learned about our complex and changing climate over time, and where things are headed. The talk will include a weather and water outlook for the coming season, the coming decades, and some information on how you can help us understand Colorado’s climate even better.

For the last five years, Peter has been working at the Colorado Climate Center as a research associate. He specializes in climate variability and drought. Recent projects include developing drought indicators for specific row crops, determining areas of Colorado most suitable for expansion of the wine grape industry, and increasing both observational and modeled soil moisture monitoring efforts in Colorado. Peter lives in Berthoud, and enjoys spending time with his wife and their dog and two cats.

Talk synopsis: Why BLM monitors bats, how we monitor bats and some of the preliminary results of these monitoring efforts, as well as conservation threats to bats.